Reparations for Native Genocide And Slavery 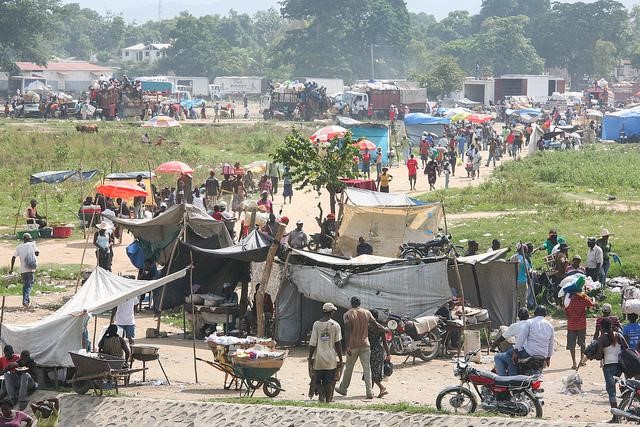 We are not beggars! We are not subservient! We do not want Charity and handouts!

Reparations for the slave era is an issue that has  increasingly resonated  in recent years and CARICOM, at its highest level of decision making, has placed this issue  on the front burner of its agenda. A   Ten Point Action Plan for Reparatory Justice[1]  was endorsed by Heads of Government, in March 2014, and is being used as the basis for discussions on reparations. In 2013, CARICOM Heads of Government established the CARICOM Reparations Commission (CRC); its mandate to prepare the case for reparatory justice for the Region’s indigenous and African descendant communities who are victims of Crimes against Humanity (CAH) in the forms of genocide, slavery, slave trading and racial apartheid.

The   Plan outlines “the path to reconciliation and justice for victims of crimes against humanity and their descendants”. It calls for:

CARICOM has been providing inspiration for reparatory justice at the global level.  Among the outcomes of an International Summit on Reparations which was held in April 2015 in the US was the establishment of a Global Reparations Committee. This Committee will utilize the same model being used by the Caribbean Reparations Committee.  For the first time, the United States has established a reparations committee, and so have many countries around the world.

Some Milestones of the Caribbean and Global Reparatory Movement

The following are some milestones, regional and global, as CARICOM continues its mandate to prepare and present the evidence that Great Britain and other European states were “the beneficiaries of enrichment from the enslavement of African peoples, the genocide of indigenous communities and the deceptive breach of contract and trust in respect of Indians, and other Asians brought to the plantations under indenture”.

9-12 April 2015: An International Reparations Summit held in New York and hosted by the Institute of the Black World 21 Century (IBW) ended with a call for Caribbean Governments to move ahead with the recommendation that the slave-owning and slave-trading European national be invited to attend an inter-governmental reparatory justice summit in 2015. The Conference also agreed that two global reparations summits be held, first in 2016 in the Caribbean, and the second in 2017 in Europe.

The Summit was attended by 205 reparations advocates from twenty-two countries, including  eight of the thirteen Member States represented on the CARICOM Reparations Commission; seventeen States in the USA, representatives of the CARICOM Secretariat; Civil Society representatives of Martinique and Guadeloupe, United States Virgin Islands, Brazil, Canada, the European Reparations Commissions; academics from across the United States, activists and students

27 January 2015: In a historic decision, the Parliament of Jamaica supported a motion introduced in the House to pursue reparations from Great Britain.

10 December 2014: The UN General Assembly launched the International Decade for People of African Descent (2015-2024) which was adopted by the United Nations General Assembly by Resolution 68/237 [3] dated 23 December 2013. Professor Sir Hilary Beckles delivered an address at the launch.

1-4 October 2014: The Government of Antigua and Barbuda hosted the Second Regional Conference on Reparations. The Conference was convened under the theme Scientific Engagement and Community Mobilisation ; its stated objective, to widen the dialogue and intensify scientific and popular discourse on the CARICOM’s Reparations Commissions  Ten-point Action Plan  for reparatory justice. This conference brought together a number of expert economists, lawyers, academics, historians, faith-based leaders, community activists, scientists, journalists and artists to further map out national and regional strategies to advance the case for reparations from Europe.

1-4 July 2014: the Thirty-fifth Meeting of the Conference of Heads of Government discussed the issue of Reparations for Native Genocide and Slavery, including the budget and Draft Notice of Complaint Regarding Slavery and Indigenous Genocide, prepared by Leigh Day, Legal Consultants.

11 March 2014:  A meeting of CARICOM Nations unanimously approved the ten-point plan proposed by the CRC.

23 December 2013: The Un General Assembly at its 72nd plenary meeting adopted the draft  resolution (SeeA/68/PV.72). It also requested the Intergovernmental Working Group on the Effective Implementation of the Durban Declaration and Programme of Action to develop a draft programme for the implementation of the International Decade for People of African Descent to be finalized and adopted during the sixty-eighth session of the General Assembly and not later than 30 June 2014.

September 2013: The CARICOM Reparations Commissions is established with Professor Sir Hilary Beckles as its Chairman.

July 2013: The Thirty-Fourth Meeting of CARICOM Heads of Government agree to set up National Committees on Reparations to establish the moral, ethical and legal case for the payment of reparations by the former colonial European countries, to the nations and people of the Caribbean Community for native genocide, the transatlantic slave trade and a racialised system of chattel slavery. Heads also agreed to establish a CARICOM Reparations Commission comprising the Chairs of the National Committees and a representative of the University of the West Indies (UWI) which would report directly to a Prime Ministerial Sub-Committee on Reparations, chaired by the Prime Minister of Barbados, the Hon. Freundel Stuart.

In 2013, CARICOM Heads of Governments established the CARICOM Reparations Commission [CRC] with a mandate to prepare the case for reparatory justice for the region’s indigenous and African descendant communities who are the victims of Crimes against Humanity [CAH] in the forms of genocide, slavery, slave trading, and racial apartheid.

CARICOM member countries, “ancestral homes to the world’s first complete slave-based economies”, have established national and regional Commissions in order to engage the nations, the owners and operators of  these slave economies, in a diplomatic dialogue designed to rebuild trust and respect within the framework of reparatory justice”

This document, prepared by the CRC, proposes the delivery of this mandate within the formulation of the CARICOM Reparations Justice Program [CRJP]. The CRC asserts that victims and descendants of these CAH have a legal right to reparatory justice, and that those who committed these crimes, and who have been enriched by the proceeds of these crimes, have a reparatory case to answer.

The CRJP recognizes the special role and status of European governments in this regard, being the legal bodies that instituted the framework for developing and sustaining these crimes. These governments, furthermore, served as the primary agencies through which slave based enrichment took place, and as national custodians of criminally accumulated wealth.


100 years of colonial oppression followed 250 years of slave trading and chattel slavery. Slavery which ended in 1838 was replaced by a century of racial apartheid, including the denigration of Asian people. The regime of enslavement was crafted by policies and attitudes that were clearly genocidal. Indigenous genocide, African chattel slavery and genocide, and Asian contract slavery, were three acts of a single play – a single process by which the British state forcefully extracted wealth from the Caribbean resulting in its persistent, endemic poverty.

British slave ships bought 5.5 million enslaved Africans into their Caribbean colonies over 180 years. When slavery was abolished in 1838, they were just 800,000 persons remaining, representing a retention /survival rate of 15 %.

Barbados, Britain’s first slave society, is now called the amputation capital of the world. It is here that the stress profile of slavery and racial apartheid; dietary disaster and psychological trauma; and the addiction to the consumption of sugar and salt, have reached the highest peak.

The 1833 Act of Emancipation forced the people of the Caribbean to pay more than 50% of the cost of their own emancipation.

The  Parliament of Great Britain in 1833 determined that the 800,000 enslaved people in the Caribbean were worth, as chattel property, £47 million. This was their assessed market value.

The  Parliament of Great Britain determined that all slave owners should receive just and fair compensation for the official taking away of their property.

The Parliament of Great Britain provided the sum of  £20 million in grants to the slave owners as fair compensation for the loss of the human capital and determined that the remaining  £27 million would be paid by the enslaved peopled to their enslavers by means of a four-year period of free labour, called  Apprenticeship.

It took all of the 19th century to uproot slavery from the Caribbean; from Haiti in 1804 to the Spanish sub-region in the 1880s. It took another 100 years to create citizenship, nationhood, and democracy across the Caribbean as a development framework.

Source: Extracted from address delivered by Professor Sir Hilary Beckles, Chairman of the CARICOM Reparations Commission to the House of Commons. Parliament of Great Britain, 16 July 2014