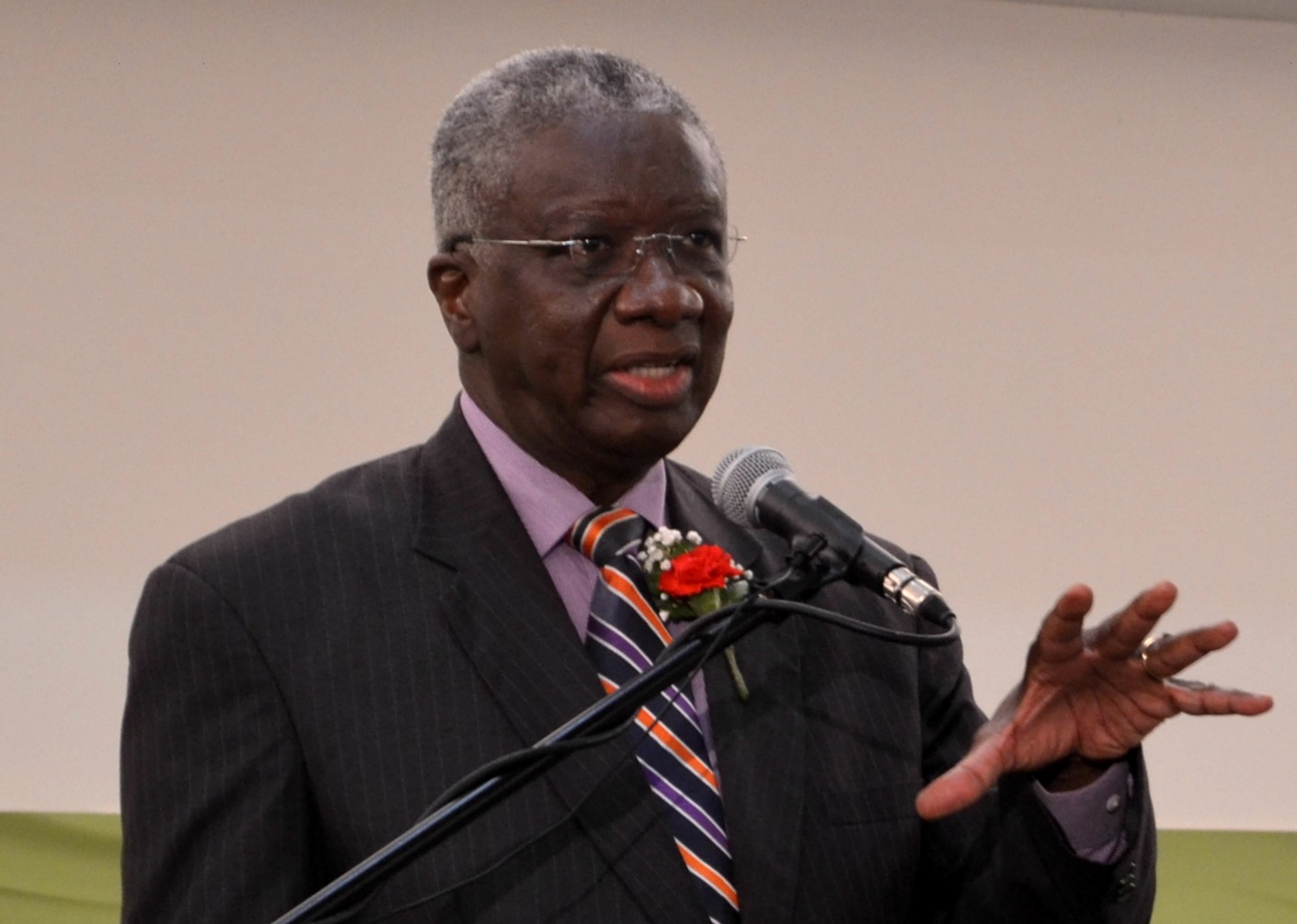 I should like to join those who have preceded me in warmly welcoming you once again to the Caribbean, on this occasion, for a short encounter with the Heads of Government of our CARICOM Region.

We are pleased to be able to spare you a temporary respite from exposure to the asperities of the weather in the state from which you have for the last six (6) years presided over the destiny of your great nation, the United States of America.

In the context of our discussions on competitiveness/ prosperity, we acknowledge that the ability of CARICOM states to integrate into the global economy is directly related to our capacity to compete as small, open economies.  Indeed, the deepening of our integration arrangements through the CARICOM Single Market and Economy is intended to provide the platform for our enhanced competitiveness as we connect more fully with the global economy.

Today you meet with the leaders of approximately 15 million people in our CARICOM family.  We have all been democratically elected to the offices we now occupy.  The people we lead are proud of their countries, are alert to their history, and glory in their achievements.  Though citizens of small and vulnerable nations they reject any notion of their inferiority to people of larger and more bountifully endowed societies.  They have been forged on the anvil of long and sometimes bitter experience, but their strength of character has at all times on their historical journey been their defence in the face of adversity.  We must also remember that 63% of the region’s population is under the age of 30, making young people a critical demographic in the region’s development.

Being competitive is not a state which is alien to our experience or challenging to our capacities.  Indeed whenever the playing field has been level and the rules have been fairly applied, the people of the Caribbean have shown the extent of their abilities and the measure of their daring.

That is why this region now boasts both the fastest man and the fastest woman in the world.  We are indisputably competitive in track and field.  We have been competitive in the area of the arts.  Bob Marley, the Mighty Sparrow,  Rihanna, among a large number of other outstanding artistes, have raised the world’s gaze to new and hitherto unimagined horizons.

This region has produced the greatest cricketer the world has ever seen in the person of the Right Excellent Sir Garfield Sobers.  We have been able to compete in the area of intellectual prowess and originality by producing so far three Nobel laureates, one in Economics and two in Literature, from St. Lucia, and from Trinidad and Tobago.

Indeed, Mr. President, as publicly acknowledged by the late President Lyndon B. Johnson, the records of your country will show that, when the founding fathers of the United States were trying to determine what should go into the American Constitution after the War of Independence, they consulted the Charter of Barbados of 1652 and some of its provisions and ideas were adopted.  We here in this region constitute a Caribbean civilisation founded on the highest principles and standards.

When we engage you therefore, it is not as elegant nuisances, or angry and dejected suppliants ringing the doorbell or banging on the door of the United States of America.  We engage you as people who have a view of the world, based on our experiences, from which we think that your country and others over which it has influence can benefit.  We compete effectively when the playing field is level but when it is not our people reserve the right to make their concerns known and to advocate for a more sensitive and a more rational reordering of the world’s business.

In that connection, I should like to remind that the competitiveness and prosperity of the CARICOM region cannot be divorced from the conduct, economic and political, of those countries and institutions with which we have to do business.  The voice of Thucydides, that great historian of the Peloponnesian War, echoes down the halls of time with the harsh reminder that “the strong exact what they can; the weak surrender what they must.”

Neither size nor economic and political influence position us to impose on the rest of mankind standards and guidelines consistent with our interests.  It is not states like ours here in the CARICOM region that can impose the GDP per capita measure by which small and still vulnerable countries are graduated from access to concessional financing, both from larger and more powerful countries and from the international financial institutions which they control.

Likewise, the small states of CARICOM have never had clout enough to determine the behaviour of those correspondent banks whose not too veiled threats now confront the financial sector in our countries with the prospect of certain, but we hope not too imminent, collapse.  And this has not been the only threat with which we have had to deal.  As offshore jurisdictions, our International Financial Services Sectors have been forced to defend themselves insistently, consistently and persistently, against the labelling of our domiciles as “tax havens” with all the pejorative connotations attached to that expression.  This in addition to change after change in the rules that apply to our jurisdictions.

We fear that the information exchange agreements of the Foreign Account Tax Compliance Act of the United States , while justifiable on the grounds of revenue protection and enhancement, may not be applied evenly in respect of the right of access of the U.S to information as against the exercise of a similar right by our jurisdictions.

On the issue of rum, the region continues to be seriously concerned about the grave challenge to the competiveness of one of the region’s most significant exports to the US market.  This results from the use of the cover-over revenue by US Virgin Islands and Puerto Rico, U.S territories, to provide trade-distorting subsidies to rum producers in those territories.

Trade in services – an increasingly diversified sector contributing over 60% of the economic output in CARICOM member states – is not now covered under the CBI/CBERA.  Regional stakeholders have been lobbying actively different branches of the U.S government and potential private sector partners for inclusion of trade in services in the CBI arrangements. Services is the fastest growing sector in the region and an important contributor to employment and both local and foreign investment, with tourism, ICT, entertainment and cultural industries being the main growth areas.

Mr. President, for various reasons our ability to undertake critical development expenditures and to build the necessary productive capacity to take advantage of market access arrangements has been limited.  However, we continue to attach the highest importance to safeguarding the preferences for existing Caribbean Basin Trade Partnership Act beneficiaries, and to the extension of these preferences to such states as the Bahamas, Dominica, Grenada, Montserrat, St. Kitts & Nevis, St. Vincent and the Grenadines and Suriname.  We also reiterate our support for the early granting of beneficiary status to Suriname under the CBI/CBERA.

Most of our CARICOM member states are SIDS.  This fact has implications for our viability because of the inherent vulnerability which attaches to SIDS. Our classification generally as “middle income” does not remove the reality of vulnerability.  While not a CARICOM state, the recent fate suffered by Vanuatu speaks with moving eloquence about the speed with which all of the developmental gains of a small island developing state can be wiped out.

Mr. President, I have not attempted to be exhaustive in my recital of the issues on which CARICOM wants to engage the United States so far as those issues affect our ability to compete and to prosper.  Even such of these issues as I have identified cannot be fully and adequately addressed in the manifestly short timeframe available to us today.

While we await your thoughts on these issues, clearly there is a pressing need for the relationship between CARICOM and the United States to be revisited with a view to making more concrete the benefits desired for our people.

Today’s exchange, which we value highly,  represents a beginning, an aperitif, so to speak, and as such a precursor to the main course which is that much more structured partnership upon which the Heads of Government of CARICOM and the United States of America must urgently embark.