Speaking Notes by Dr the Honourable Keith Rowley, Prime Minister of the Republic of Trinidad and Tobago at the Thirty-Seventh Regular Meeting of the Conference of Heads of Government 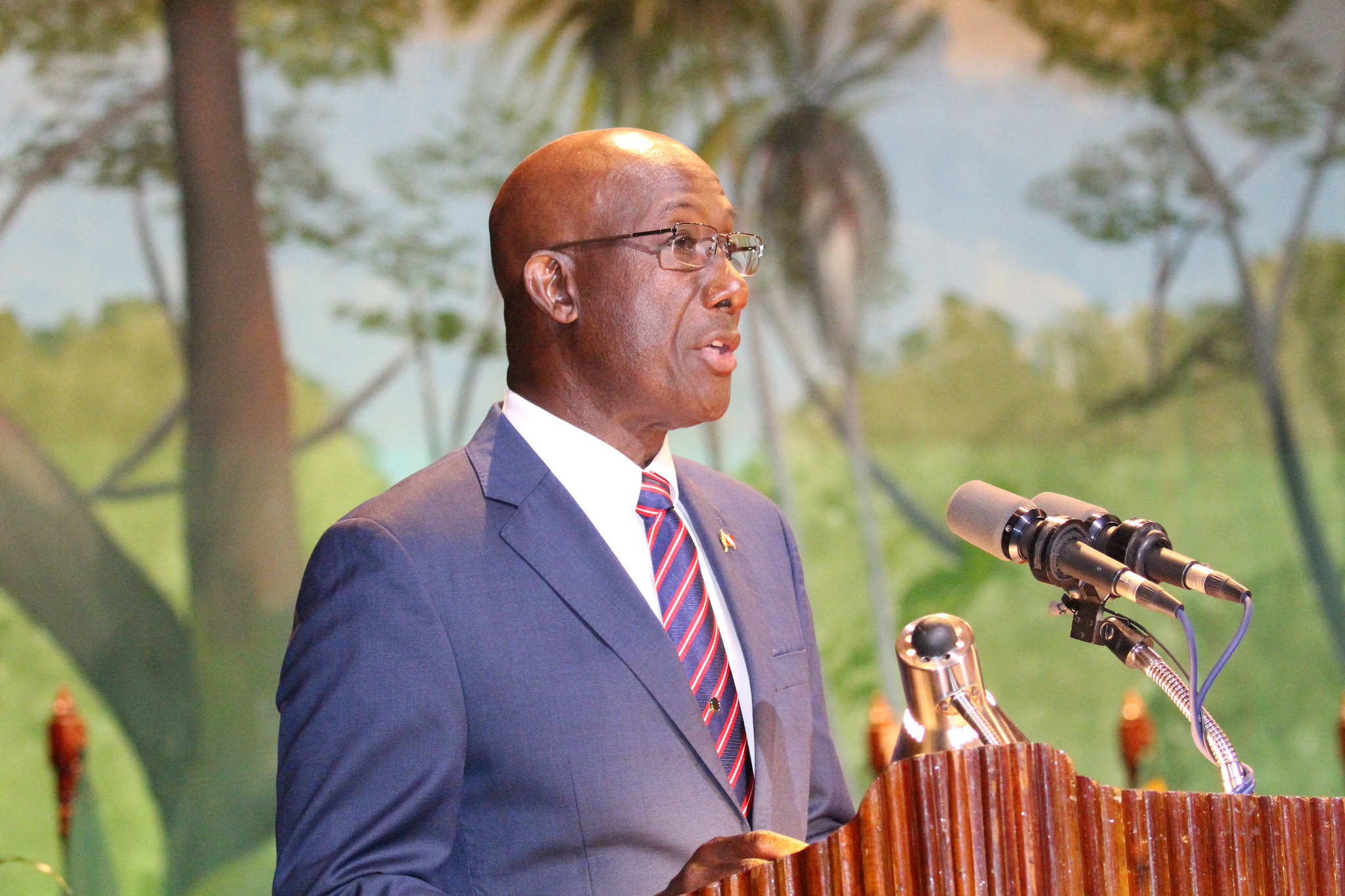 Mr Chairman, allow me first to congratulate you on taking over the helm of our Community for the next six months and to thank the Government of Guyana for the warm welcome and excellent arrangements made for my delegation in Georgetown.

It is indeed a singular honour and distinct pleasure for me to deliver my inaugural address to you on a day that commemorates the signing of the original Treaty of Chaguaramas on July 4, 1973. The efforts which have been made to align our meetings on or around this date is further testimony to the collective acknowledgment of the importance of anchoring our deliberations within the context of our integration movement’s historical evolution.

I would like to take this opportunity to express my deep appreciation to those who sent messages of sympathy and to the distinguished speakers before me who offered their condolences on the passing of Mr. Patrick Augustus Mervyn Manning, former Prime Minister of the Republic of Trinidad and Tobago, who departed this life on Saturday July 2, 2016. His passing represents a tremendous loss not only to the people of Trinidad and Tobago but also to the Community and the entire Caribbean region.

It was under the stewardship of Mr. Manning that the implementation of initiatives such as the CARICOM Petroleum Stabilisation Fund and the CARICOM Implementation Agency for Crime and Security (IMPACS) were realized. The “Manning Initiative” with Grenada, Saint Lucia and St Vincent and the Grenadines reflected his dedication to strive for a stronger Community. He was adamant on forging linkages with Latin America and supportive of the Time for Action blueprint that called for an Association of Caribbean States (ACS) which held its First Summit in Port of Spain during Mr Manning’s tenure.

Mr. Manning will be remembered as a visionary, a patriot and a Caribbean man who was committed to excellence and to the Caribbean Community. In this vein, I know that I will continue Mr. Manning’s legacy.

Even before I assumed office, cognisance was taken of the need to accord special priority to CARICOM. With this in mind, the Official Policy Framework of my Government carves out particular attention to enhancing my country’s relationship with the Community. The focus given to CARICOM also precipitated the change in nomenclature of the line Ministry with responsibility for foreign policy from the Ministry of Foreign Affairs to the Ministry of Foreign and CARICOM Affairs. Furthermore, this week, the Cabinet agreed to re-open a High Commission in Barbados which, when operational, together with our mission in Jamaica, will ensure that Trinidad and Tobago has bilateral accreditation to all CARICOM countries and an Ambassador to CARICOM. In similar vein, we are extremely gratified that another vital CARICOM partner will establish a High Commission in Port of Spain in the not too distant future.

Our Community can list significant achievements, both as a regional grouping and as constituent countries. As Member States, we have customarily come to the aid of those facing distress. In the wake of Tropical Storm Erika, an all too common example of the vulnerability of our small island states to natural disasters, the convening of this meeting in Guyana is a clear example of the spirit of generosity which permeates our Caribbean family.

In our early history, we were united against an Apartheid South Africa. We have been resolute in our position on the economic embargo against Cuba. As a region, we were able to negotiate to our citizens’ benefit, successful trade agreements. United, we brought the issue of chronic Non Communicable Diseases (CNCDs) to the international stage which had its genesis in the First CARICOM Summit on CNCDs, hosted by Prime Minister Patrick Manning in 2007. Next year, 2017 will mark the 10th anniversary of the Port of Spain Summit Declaration “Uniting to Stop the Epidemic of Chronic Non Communicable Diseases” – a platform for which the international community recognises CARICOM leadership.

Today, we face, among other things, new trials of graduation, correspondent banking and the unfair labelling of some of our countries as non-cooperative tax jurisdictions which we have endeavoured to face with a collective stance. If our past trajectory is a good determinant of the outcome of these challenges, then there is considerable light on the horizon.

As we mark CARICOM’s 43rd anniversary, I take this opportunity to highlight the achievement by Guyana of its 50th Anniversary of Independence in May this year, which Barbados will attain in November, and offer our warm congratulations on this significant milestone.

While CARICOM has made great strides, particularly through functional cooperation in several areas of importance to the Community and to the lives of our citizens, it admittedly has faced equally challenging times.

We must take ownership of the opportunities and challenges facing our grouping and view them as critical matters to be addressed by the Community as a whole.

As I conclude, permit me to express a few reflections on the area of regional security. As Lead Head for Crime and Security in CARICOM, I wish to give the assurance that, under my stewardship, the Government of Trinidad and Tobago intends to take an active role in all matters pertaining to Regional Security.

The sustainable development of our Community - in which the safety and security of our citizens is the foundation of our collective future welfare and prosperity - depends on us.