Address by the Hon. Donaldson Romeo Premier of Montserrat at the Opening of the Thirty–Sixth Regular Meeting of the Conference of Heads of Government of The Caribbean Community Bridgetown, Barbados 2 July 2014 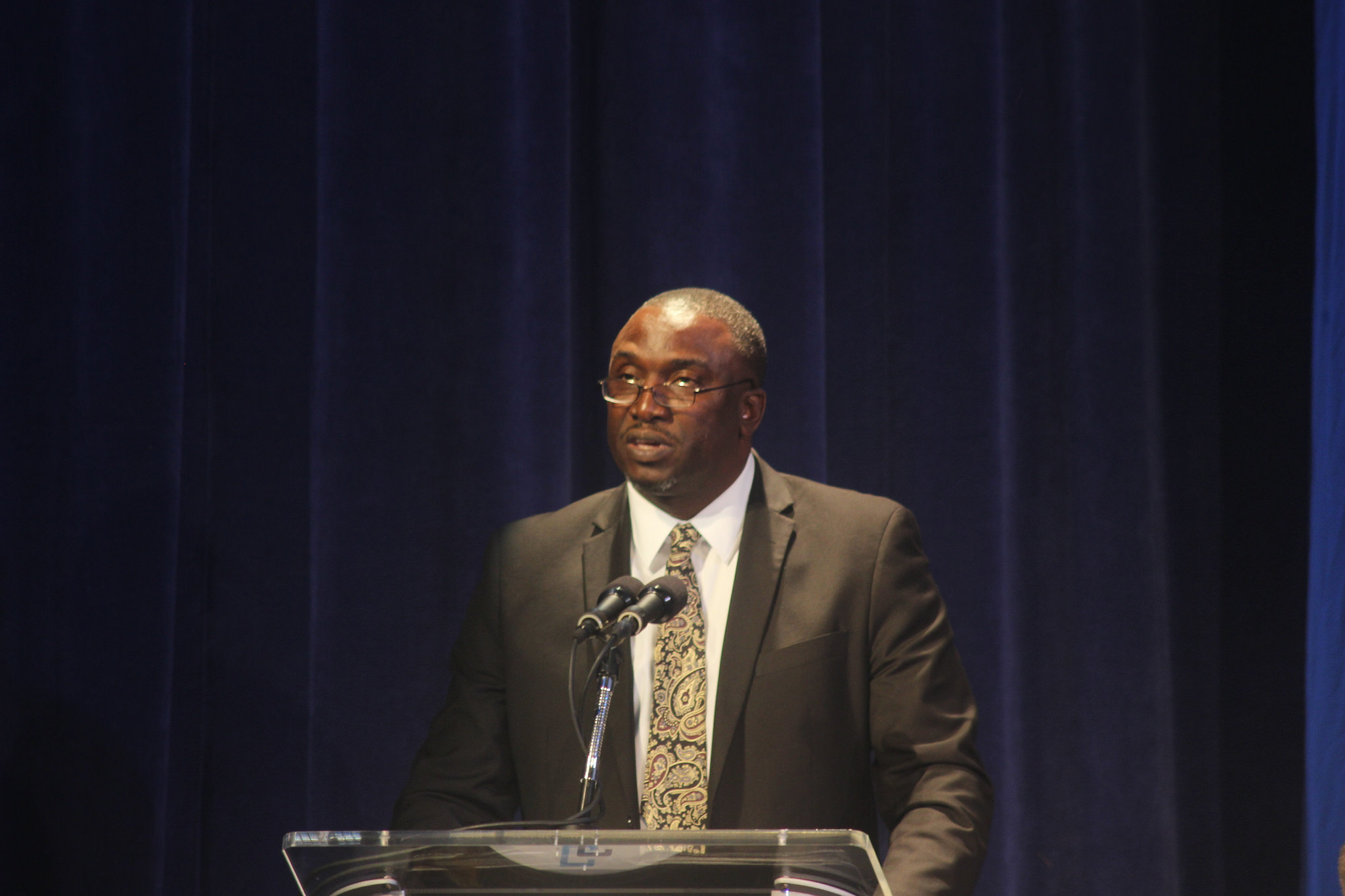 I recognize that protocols have been established, but please allow me to recognize our Host Governor General Sir  Elliot  Belgrave.

Colleagues and friends from across the Caribbean.

Let me express my heartfelt gratitude to be afforded the opportunity to give a few remarks here in one of the highly regarded centres of education, political and economic thinking and the current home to our CSME regional integration hub, Bridgetown, Barbados.

Having taken office as the Premier of Montserrat in September of 2014, I am honoured to join with you, my fellow CARICOM Leaders, to this Thirty-Sixth Regular Meeting.

I will take this opportunity to tell you very briefly about our continued commitment to the regional integration movement, some reflections on the challenges at home in Montserrat, and to thank CARICOM and the Secretary-General in particular for the careful and steadfast attention paid to the special and differential needs of Montserrat.

Being a part of CARICOM affords each Member State the opportunity to draw from the wealth of collaborated expertise in every sector. Besides the obvious tangible assets, we all know that when God gives us talent and gifts, along with that comes the means and opportunity to guarantee our survival and to the extent that we exercise the will, it will  not be  just for our survival but a sustained prosperity. That is why through the integration of our intellectual resources, professional capacity and practical experiences, the Caribbean can   become  increasingly important in the world in the promotion of our Tourism, economic, ecological, social, moral and human development.

With God’s help we can more than hope that  the high ideals to which we aspire will continue to drive the initiatives of the Caribbean Single Market and Economy (CSME) and open the opportunities for increased wealth creation in our islands. For us smaller islands, no longer does our individual square mileage or population determine our capabilities. Thanks to technology, the waters which separate each Island, act as highways facilitating trade, investments, mobilizations of brain power and sharing skills amongst ourselves as needed. The close working relationship among our financial Institutions, education systems, cultural festivals and carnivals and sports can continue to strengthen us as a United force in the World, concretizing the fact that “Together we can. Together we must and with God’s help together we will”.

Many of you here this afternoon, would know that Montserrat, even now after twenty (20) years of volcanic crisis, continues to battle with the challenges of physically, socially and economically rebuilding its community. The struggles are many and are matched with the determination of a people of resilience, who will not abandon their home nor give in to mother-nature’s challenges.  Montserratians continue to build houses, roads, develop its natural resources of water, sand and geothermal energy and we still intend with your help and that of our British partners to establish a new Capital in and around Little Bay, Montserrat. Some of our greatest help has come from relationships bearing fruit and trade in agricultural products from Dominica, Fuel from Trinidad plus a range of supplies and human capital to help in all sectors of our re-development from Jamaica, St Vincent, Antigua and Barbuda, Barbados, St Kitts and Nevis, Guyana and Belize.

We recall of course that the Barbados Defense Force helped us to establish our CARICOM Village among the first permanent houses in our post-volcanic North Montserrat and right after the Jamaica Defense Force had pretty much prepared the site for the Cuban supplied houses.

Regarding the Revised Treaty of Chagaranaus we continue our exchanges with Her Majesty’s Government, and are preparing the required Legislation to submit to the Legislative Assembly of Montserrat. The CARICOM Authority has granted timelines for completion of the processes and for the full implementation of the Revised Treaty. We are very clear that  our accession to the Caribbean Development Fund (CDF), which will assist our efforts to integrate and the Original Court of the Caribbean Court of Justice (CCJ), which safeguards the rules of trade, are necessary pillars that will move Montserrat forward.

We have been assured by the Secretary General of CARICOM, who visited Montserrat in April of this year, that all courtesies and assistance will be granted as needed to help Montserrat advance as a Founding member of CARICOM, with the current new  and revised arrangements of our Regional integration movement.

As a number of studies have shown, it is in the strategic interest of both CARICOM and Montserrat that we remain inclusive, particularly in the area of Natural resources, the environment and Climate Change.

My colleagues, I join in the spirit of CARICOM Unity as a newcomer to this stage, but with one clear advantage. I was born and nourished by the Regional Integration Movement when my father, an Antiguan police man serving in the Leeward Island Police Force was transferred to Montserrat with a suitcase on a motorcycle, moved into the Police station next to where my mother lived. Soon two became one and produced four children of which I am the third.