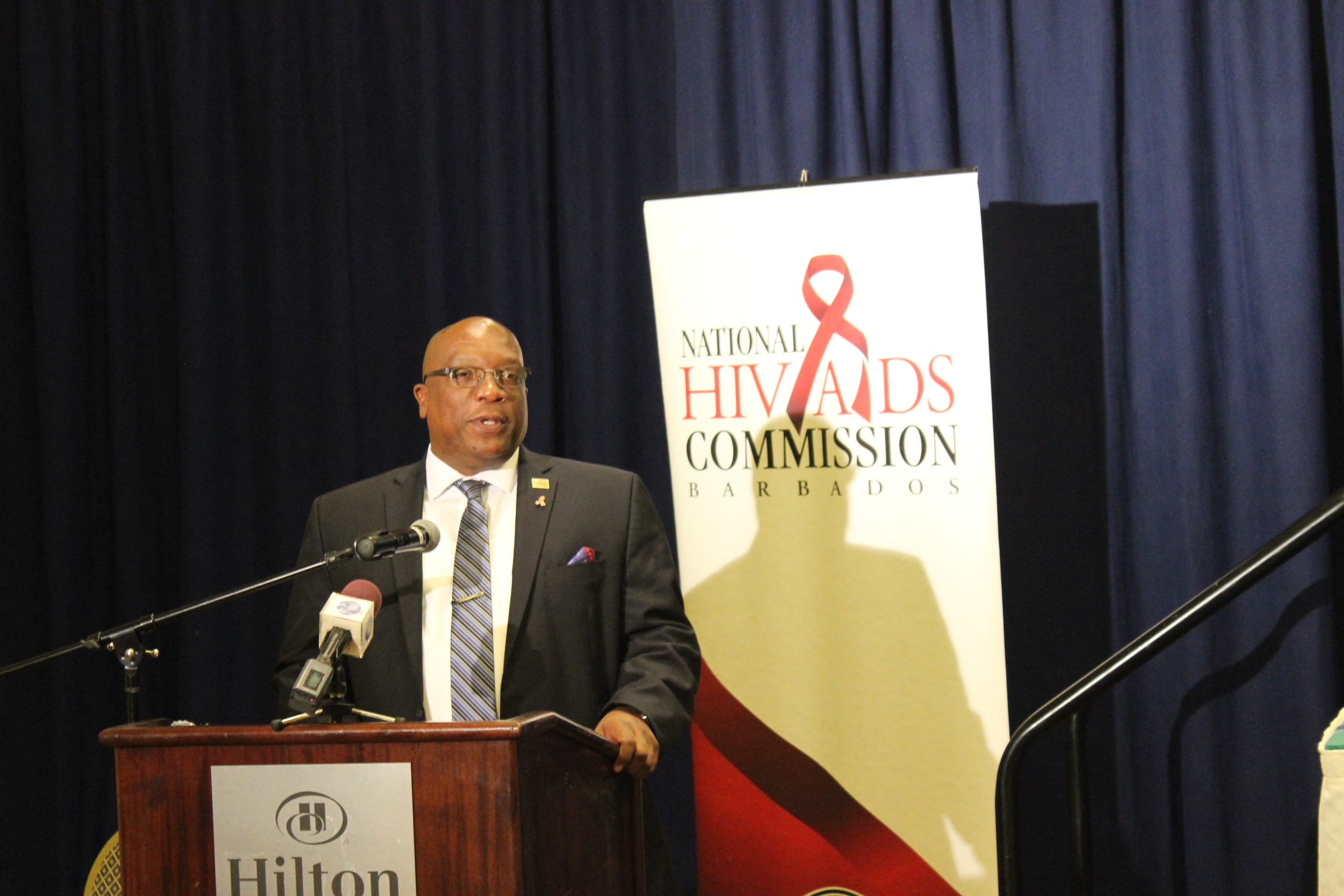 The UNAIDS-Lancet Report is indeed the high level analysis based on empirical evidence.  It makes us deeply aware that this disease HIV and AIDS is far from over. At the same time it provides the options from grasping opportunities to end this epidemic by 2030.

It is clear from the Report that we in the Caribbean,  more than most other regions in the World—especially the developing world -- are on a fast track to realize this aspirational goal of ending AIDS by  2030  The evidence shows that the achievements of the Caribbean include:

• A 52 percent decline in HIV infections among children between 2001 and 2012, due to 90 percent of pregnant women living with HIV receiving services to prevent mother-to-child-transmission;

• A 49 percent decline in HIV incidence over the past decade

• Rolled out of antiretroviral treatment  to 70 percent of those eligible, resulting in a major reduction in deaths due to AIDS and improved quality of life for people living with HIV; • Decreased HIV prevalence among female sex workers in several Caribbean countries;

• Substantial returns on investments from internal and external sources; and

Most of all, based on current trends, the Caribbean region is poised to   becoming the first region in the world to eliminate mother-to-child of HIV

Lessons from this report warm that we cannot be complacent:

o We must focus on populations at higher risks: especially our girls and young women, men who have sex with men and  commercial sex workers

o We must focus on equality in treatment and prevention: leaving no one behind

o We need to integrate HIV services with other health services

As CARICOM Lead Head for Human Resources , Health and HIV , I wish to work with partners within the government and non-governmental system, the private sector , the people living with HIV and the development agencies to achieve the outcomes for making the Caribbean the first region to end the AIDS epidemic. This Report points us in the direction toward:

o Finding the formula for investments in treatment and prevention that make the greatest difference.

o Scaling up funding by building on the model of the Global Fund for AIDS TB and Malaria (GFATM) and applying it to integrated and sustainable health. This could include also a Caribbean Sustainable Health and equity fund

o Providing accurate and up to date  epidemiological data  for the Region and disseminating them in a timely manner to shape policy ,

o Pacing emphasis on  transparency, accountability through  procedures for monitoring and evaluation

It is clear that while Caribbean Countries must continue to reduce their dependency on external sources of financing, they must also continue to:

It is also clear that Caribbean countries must continue to confront the issues that are related to the elimination of stigma and discrimination and disentangle them   from the misperception that this is a gay agenda. We have to move forward with the engagement of all sectors including parliamentarians, faith leaders, the private sector, youth and civil society The Caribbean has already established some new paths to human rights by

o recognizing the cultural norms of our societies that place emphasis on promoting family values and helping those in need,

o recognizing that the need for a multisectoral approach to behavior change,

o Investing in research to influence evidence based policy

o establishing that the leadership best capable of catalyzing this change must a collective one that ensures the engagement of people living with HIV.