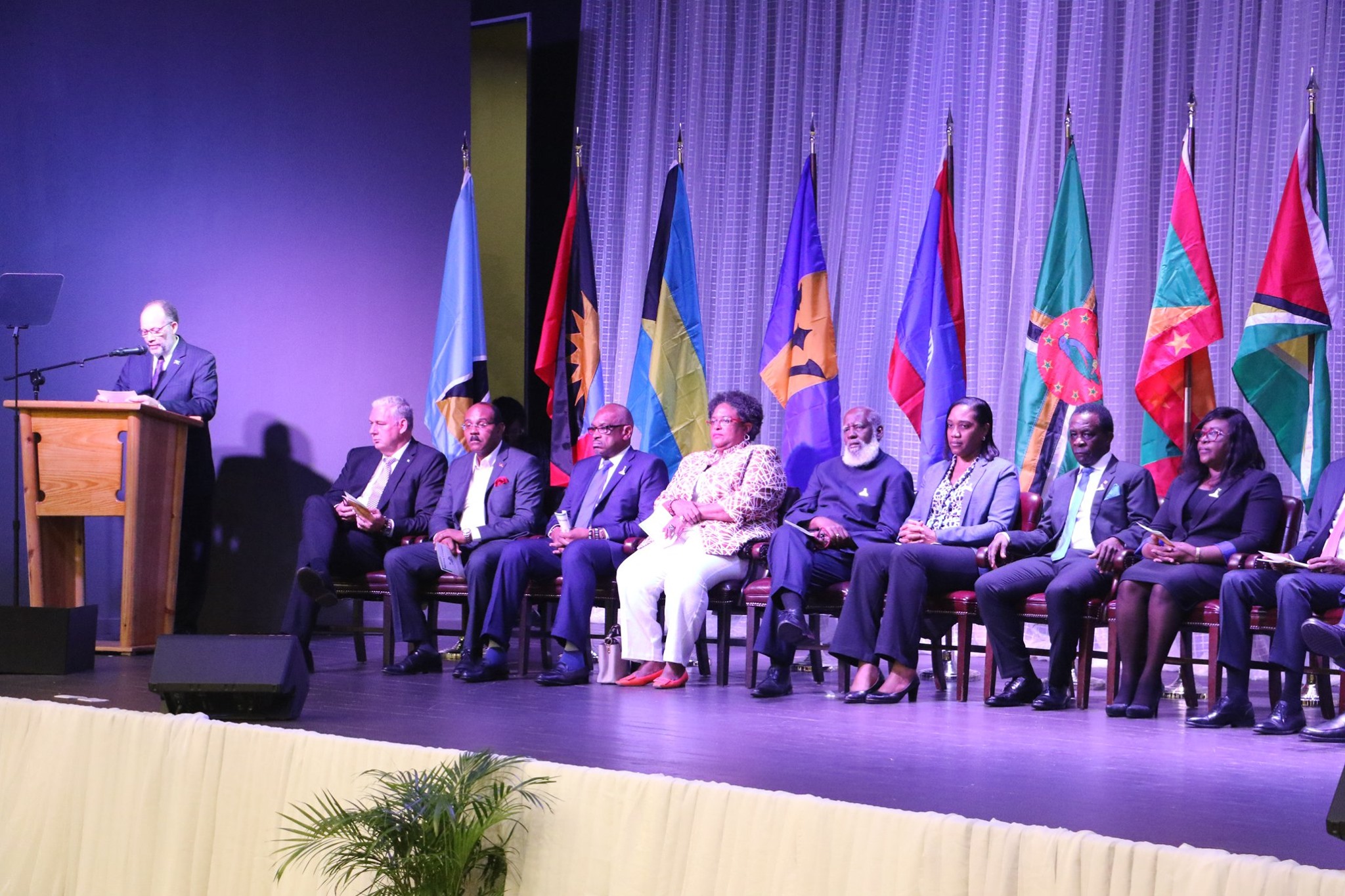 (CARICOM Secretariat) The 40th Regular Meeting of the Conference of CARICOM Heads of Government, opened on Wednesday evening under the Chairmanship of Prime Minister Allen Chastanet of Saint Lucia, at the Royalton St Lucian Resort, with strong calls to strengthen regional integration mechanisms.

In the first of four addresses during the opening ceremony, CARICOM Secretary-General, Ambassador Irwin LaRocque said the Community’s resilience must reside within the CARICOM Single Market and Economy.

“Mr. Chairman, Heads of Government, Distinguished Ladies and Gentlemen, the resilience that we seek to build extends to our economies.  It must be built upon the foundation provided by the CARICOM Single Market and Economy (CSME).  ”

Ambassador LaRocque acknowledged the “challenging task” of creating one market out of 12 developing economies, each of which is at different levels of development. However, he also struck an encouraging tone noting, “We have persevered, and we have made progress.”

Stressing the importance of meeting agreed deadlines for implementation of administrative provisions for the CSME to function effectively, he said, “it is in our interest to accelerate this process and to create a competitive regional economy.”

The Secretary-General underlined the steps the Community  has been taking to reinvigorate the CSME, including engaging the private sector, labour, and civil society.

He underscored the interest of the youth in the advancement of the CSME, a signal he said they gave him during a live-streamed forum on Monday 1 July, which reached more than 15,000 youth via the internet.

“These stakeholders are the beneficiaries of the CSME, and therefore have a major stake in its implementation,” the SG stated.

CARICOM Heads of Government will receive a preliminary report from the restructured Commission on the Economy, which was tasked last December at the Special Meeting on the CSME, to formulate broad guidelines to enhance growth within CARICOM economies, and to strengthen the functioning of the CSME.

The Secretary-General told Heads of Government that progress in advancing the CSME “must be on a bedrock of a safe and secure Community.”

Pointing out the pervasiveness of crime and security within the Community, he stated too that the Community has been making every effort to enhance co-operation and put in place a security architecture to combat the scourge.

“We must be prepared legally and operationally to defy those who are intent on disrupting our society and destroying our way of life,” the SG said, stressing the importance of Member States signing agreed legal instruments that will support an enhanced regional security architecture.

CARICOM Heads of Government are expected to review the recommendations which emanated from the Special Summit on Security last May, aimed at deepening security co-operation in addressing transnational and domestic crime.