Effects of climate change in focus at Agriculture Meeting 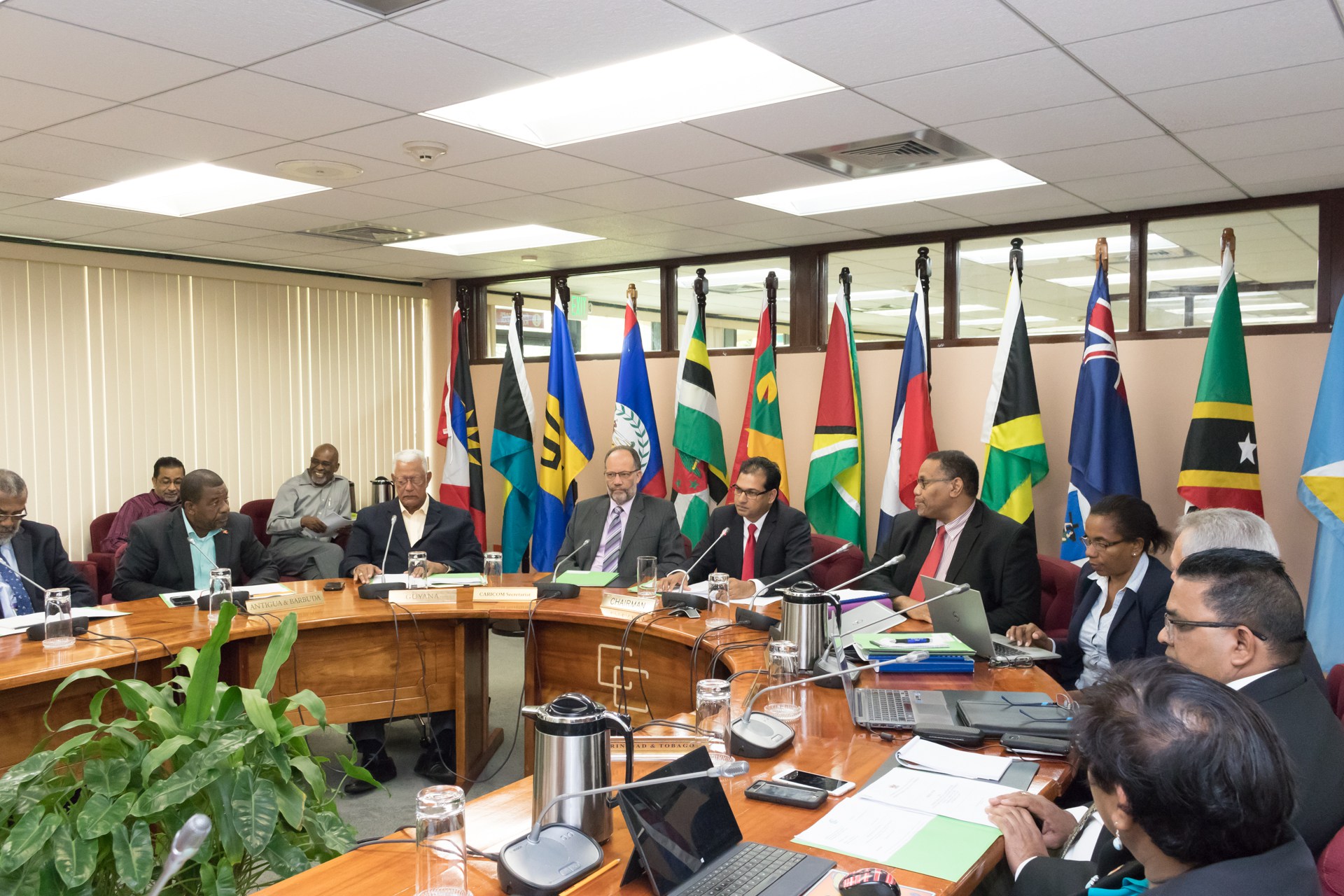 The detrimental effect of climate change on the Region was brought in to sharp focus as a special Meeting of Agriculture Ministers got underway at the Caribbean Community (CARICOM) Secretariat in Georgetown, Guyana, on Friday.

At the opening of the 71st Special Meeting of the Council for Trade and Economic development (COTED), Chairman, His Excellency Soeresh Algoe, Agriculture Minister of Suriname, the Hon.Noel Holder, Minister of Agriculture of Guyana, and Ambassador Irwin LaRocque, CARICOM Secretary-General, spoke of the responses that were necessary to confront climate change.

The Meeting is being held as the Region is dealing with the impact of two category five hurricanes. Hurricane Irma devastated Barbuda, British Virgin Islands, Turks and Caicos Islands, Anguilla, St. Maarten,  and St. Barts, It significantly damaged The Bahamas and Haiti, and affected St. Kitts and Nevis. Hurricane Maria left massive destruction in Dominica. The agriculture sectors in Barbuda and Dominica were decimated.

The ferocity and frequency of storms are as a result of warmer air and sea temperatures that are altering the climate.

Minister Algoe, in his remarks, expressed his deepest sympathy to the affected nations and called on the Region to unite and assist “with any means and where possible”.

“The climate is changing drastically and we, as CARICOM Member States, are most vulnerable. In the same sense, climate change has also detrimental and adverse effects on the agriculture sector of our respective economies”, he said.

He acknowledged the role of COTED in providing the opportunity for dialogue, particularly on the challenges affecting the agriculture sector.

“It has… been recognised as a facility to place agriculture and rural life in a prominent position, with which we can better acknowledge the strategic importance of the sector to economic, social and environmental stability”, he said.

Minister of Agriculture of Guyana, the Hon. Noel Holder pointed to the increased challenges to food and nutrition security, especially those impacted by climate change and changes in the trade environment. He said that among the steps Guyana was taking  towards sustainability, was the increased promotion of climate smart agricultural strategies.

In his remarks, CARICOM Secretary-General, Ambassador Irwin LaRocque called for greater resilience in the agriculture sector. Referring to the recent hurricanes and their effects as  “unprecedented”, the Secretary-General said they provided “proof positive” of the reality of climate change.

“These climatic events of the past month were unprecedented.  Never before have two category five storms ravaged the Region in one season.  Never before has a hurricane moved from category one to category five inside 36 hours as Hurricane Maria did.  Events like these are likely to be the new normal and provide proof positive of the reality of climate change”, the Secretary-General said.