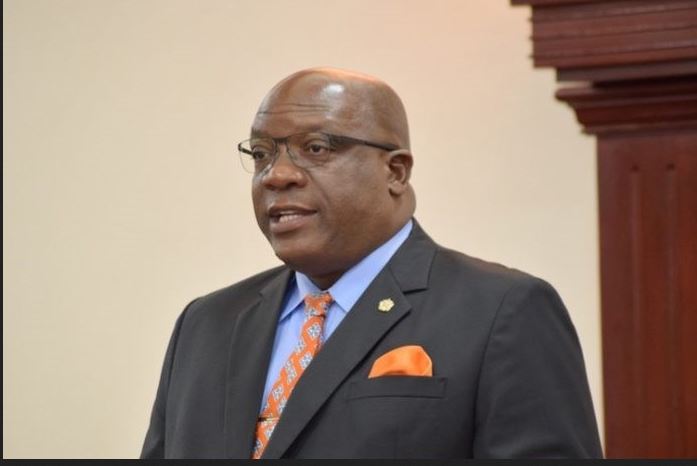 Dr. the Honourable Timothy Harris, Prime Minister of St. Kitts & Nevis and Chair of the Conference of Heads of Government

Dr. the Hon. Timothy Harris, Prime Minister of St. Kitts and Nevis delivered remarks to the Nineteenth Special Meeting of the Conference of CARICOM Heads of Government on Security which began on 3 May 2019, in Trinidad and Tobago.

Prime Minister Harris who is the current Chair of the Conference noted that the meeting was taking place against the backdrop of “deep concern about the level of crime in the Community and the need to strengthen cooperation in security”.

“There is no quick fix nor easy solutions, but we have a responsibility as leaders to provide a safe and secure environment for our citizens”, he said.

“We have to address the root causes and other facilitating factors that create the conditions which foster anti-social behavior”, he also said.

Alluding to the “multi-dimensional nature of crime and the multi-layered approach required to tackle criminality, the Prime Minister, among several issues, highlighted strengthened information and intelligence mechanisms of which data collection was critical.

“That (data collection) must form the basis of devising strategies and strengthening policy and operational responses to the challenges”, he stated.

Dr. Harris called for closer collaboration among law enforcement agencies, including those tasked with border security on land and sea to deal with the “significant threats to security”

“Illicit trafficking in guns, drugs and people pose significant threats to our security and enhanced cooperation is an urgent necessity to help in combatting [these]” he said.

He drew attention to the nexus between the illicit trade in drugs and small arms and light weapons, which he said was compounded by the Community’s geographical location which made it a “target for the transshipment of both drugs and firearms with enough of each remaining to fuel gang and other criminal activities”.

While acknowledging the importance of fighting crime through law enforcement, the Prime Minister called for increased focus on the preventative aspects of crime and violence.

“We require innovative and inventive social and economic programs to lure into a productive lifestyle those most enticed by the rewards of criminal activity”, he said

He also called on the meeting to address outstanding pieces of legislation to be signed and ratified urgently.

“The legislative framework provides the authority and legitimacy through which those are charged with security the Region’s people infrastructure act”, he said

“These are as crucial as the physical resources or training that may be provided to combat the various threats”, he added

The Nineteenth Special Meeting of the Conference wraps up later today.

Crime and security is the fourth pillar of the regional integration process and the Council for National Security and Law Enforcement (CONSLE) coordinates security and law enforcement arrangements across the Community.  The Community Strategic Plan 2015-2019 identifies Enhancing  Citizen Security and Justice  as a strategy of its Social Resilience Strategic Priority.