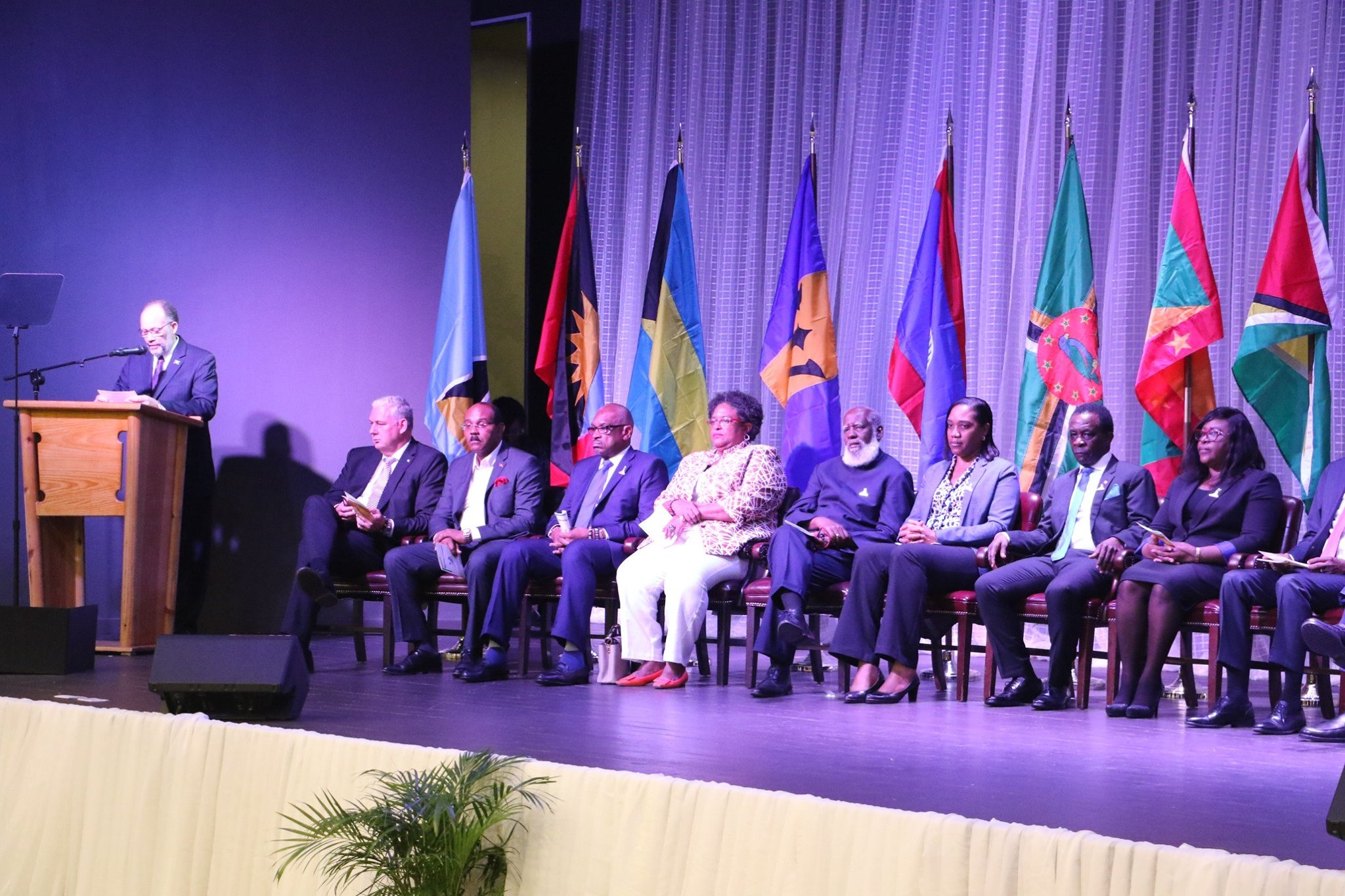 In setting the tone for the 40th CARICOM Heads of Government Summit which opened in Saint Lucia on Wednesday, 3 July, Secretary-General, Ambassador Irwin LaRocque, said that CARICOM’s journey is recognised as the standard bearer by other developing countries seeking to build their own regional integration arrangements.

“From across the globe, they have come to study our systems, our institutions, and our integration movement as a model for improving theirs. They understand that what we have been doing has endured,” the Secretary-General told the gathering of CARICOM Heads of Government and delegations, and special invitees which included the United Nations Secretary-General Antonio Guterres, and Prime Minister Erna Solberg of Norway.

“We have earned the respect of the international community. We have shown that a group of small states acting in concert and with purpose can achieve much. That must be the guiding light as we deliberate over the next two days,” the Secretary-General stated.

He told host Prime Minister Allen Chastanet of Saint Lucia that he would be a “standard bearer for CARICOM” over the next six months as he led the Community’s efforts to advance the integration movement.

The Secretary-General commended Dr. the Honourable Timothy Harris, Prime Minister of St. Kitts and Nevis, for guiding CARICOM during the past six months. Through a challenging period, Ambassador LaRocque said PM Harris ensured that the momentum of the reinvigorated international and regional agendas was maintained.

As he welcomed Norway’s Prime Minister to the Summit as the Special Guest of the Conference, he said her presence underlined Norway’s commitment to strengthen relations with the Community.

Lauding Norway’s support, he told Ms Solberg: “You are also a prominent advocate on issues related to climate change, the environment and the sustainable ocean economy, matters which are of critical importance to our Member States.”

“Secretary-General Guterres, you have shown an abiding interest in the welfare of our Region,” Amb. LaRocque said.

He recalled the UNSG’s visit to affected CARICOM countries following the passage of Hurricanes Irma and Maria in 2017, and Mr. Guterres’ ready acceptance of an invitation to personally participate in the CARICOM-UN High-Level Pledging Conference which was hosted by the UN.

The Secretary-General also lauded the United Nations Development Programme (UNDP) for working with the CARICOM Secretariat and Caribbean Disaster Emergency Management Agency (CDEMA) to realise goals of climate and disaster resilience in the Region.