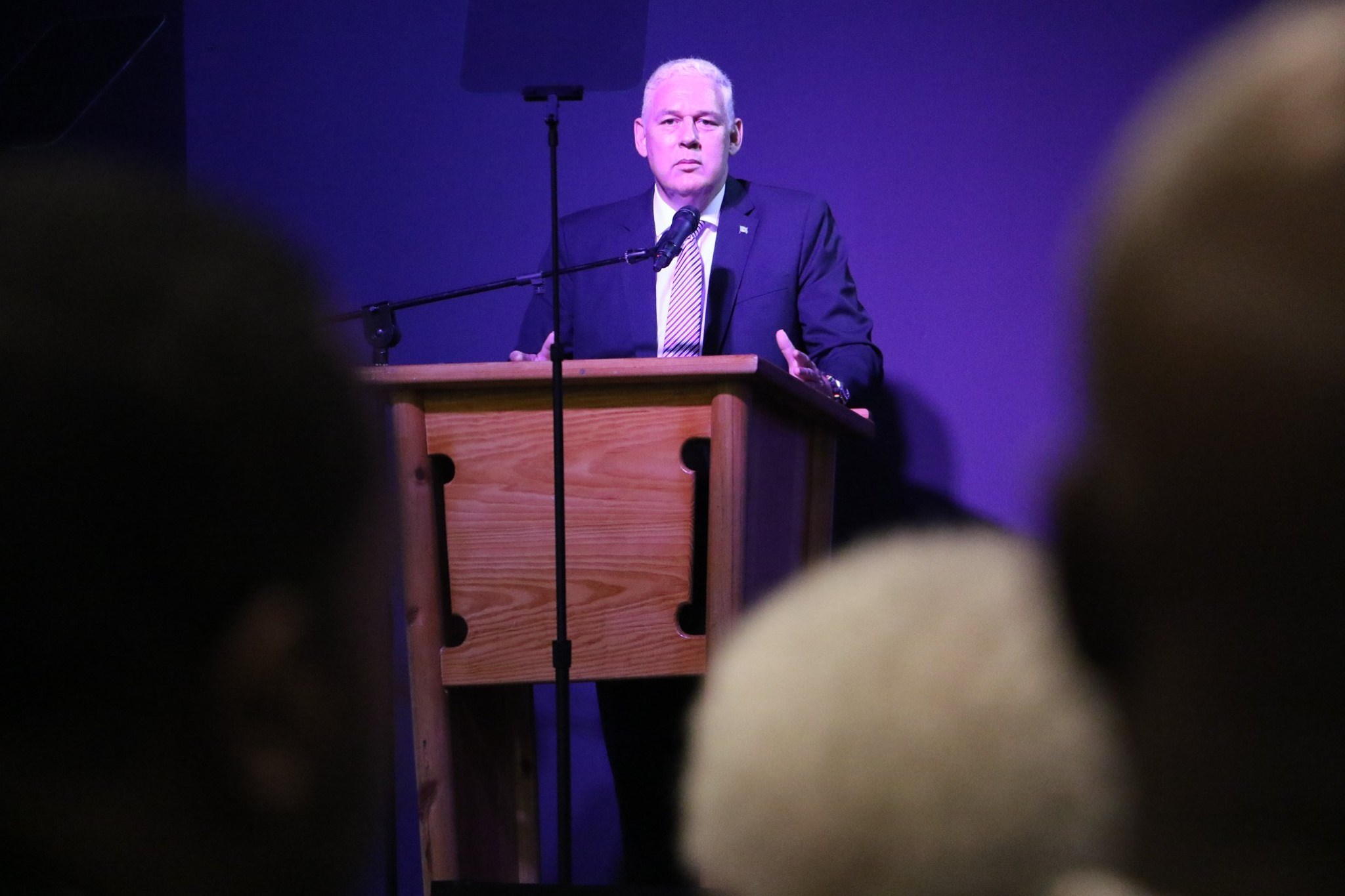 (CARICOM Secretariat)  “The most important question we must ask ourselves as leaders is: How do we recapture the imagination of our people? How do we truly make CARICOM the driving force of change? Have we done everything within our control to assure the prosperity of our region and to the benefit of our citizens? Can we say we are satisfied with our current status? Do we believe that all our citizens or even the majority are satisfied? Are we achieving our full potential? We must reflect on these questions and CARICOM’s very own relevance.” – Chair of CARICOM, PM Allen Chastanet of Saint Lucia

Chairman of the Caribbean Community (CARICOM), Prime Minister Allen Chastanet of Saint Lucia has called for serious introspection and actions to inspire Caribbean people, as well as creative, courageous and unified positions on international issues.

He delivered the charge in an impassioned speech at the opening ceremony of the one of 40th Meeting of the Conference of Heads of Government of CARICOM, on Wednesday 3 July in Castries, Saint Lucia.

He told delegates and guests at the ceremony at the Sandals Grande St Lucian Hotel, that the current environment required CARICOM to make “bold choices to secure our mere existence”.

It was necessary, he said, to regain the confidence of Caribbean people and called for “something meaningful and life-changing” results from the meetings of Heads of Government.

“The most important question we must ask ourselves as leaders is: How do we recapture the imagination of our people? How do we truly make CARICOM the driving force of change? Have we done everything within our control to assure the prosperity of our region and to the benefit of our citizens? Can we say we are satisfied with our current status? Do we believe that all our citizens or even the majority are satisfied? Are we achieving our full potential? We must reflect on these questions and CARICOM’s very own relevance,” he said.

The Chairman highlighted the challenges the Region faced including climate change, crime, the fight for “tax justice and our fiscal sovereignty” and rapid loss of competitiveness.

With respect to climate change, PM Chastanet pointed to the devastation the Region continued to be exposed to as a result of destructive natural disasters.

“In fighting the effects of climate change, we would need to depend heavily on the international community for assistance and support.

“The last two years have taught us, however, that the countries that are the greatest emitters and the cause of our current plight, are not sufficiently willing to compensate us for the damage that is being done. Despite our best efforts they have deliberately not amended international economic protocols to even allow us to make the necessary investments in building resilience.

“We have to urgently look for more immediate and innovative ways to solve our problems,” he said.

He said that it was necessary for quicker disbursement of funds to build the Region’s climate resilience, and that he was seeking the support of the UN Secretary-General, small island developing states of the Pacific, developing countries and international development partners in building a regional resilience foundation.

The new CARICOM Chair also spoke of the crime situation in the Region and acknowledged the interventions that were being made to deal with the battle against the flow of illegal drugs and guns, transnational crime and the heightened incidence of homicides.

On the subject of blacklisting, one of the main topics for discussion at the Meeting, PM Chastanet called for unity in responding to the requirements of the European Union (EU) and rebellion against the damage being wrought to reputations of Member States of CARICOM.

Belize and Trinidad and Tobago remain blacklisted, despite Belize’s commitment to take corrective action by December 2019, and the fact that the government of Trinidad and Tobago lacks the parliamentary majority under the country’s Constitution to undertake the required legislative reforms.

Antigua and Barbuda, Barbados, Dominica, Saint Lucia, St. Kitts and Nevis, The Bahamas – and Associate Members, Bermuda, the British Virgin Islands, and Cayman Islands, are on a grey list, a monitoring watch list. Dominica, which was devastated by two major natural disasters in 2015 and 2017, was the latest to be grey-listed on 6 June.

“The question now is, how do we as developing countries meet the requirements of a just tax regime while maintaining our fiscal sovereignty. We must as a region be committed to a high standard of governance but this cannot cross the line and infringe on our competitiveness.

“As a region we should rebel against the use of a blacklist that permanently damages our reputations. There is absolutely no justification for this methodology,” he said.

He told his colleague Heads of Government that “some serious introspection is required on our part.”

“The world now more than ever continues to see us as one region. Our individual size requires us to act as one, yet we only talk, holding on to our individual sovereignty. History has shown that when we join hands we only get stronger. Our survival, our obligations to our citizens, our legacy, all require that we take the necessary action,” he pointed out.

PM Chastanet was one of four speakers at the opening ceremony which also featured cultural performance and a rousing sermon from a Saint Lucian lad. The other speakers were outgoing Chairman of CARICOM, Dr. the Hon. Timothy Harris, Prime Minister of St. Kitts and Nevis, CARICOM Secretary-General, Ambassador Irwin LaRocque and United Nations Secretary-General, Mr. Antonio Guterres. A special guest was Prime Minister of Norway, the Hon. Erna Solberg.
The Meeting concludes on Friday.