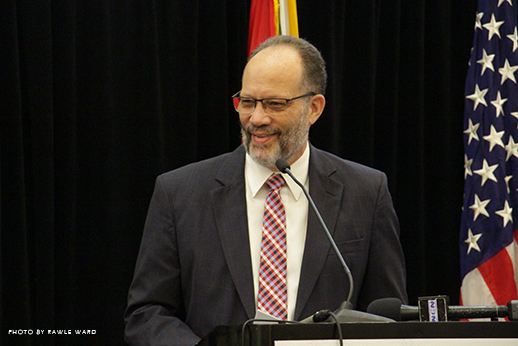 The Caribbean Community (CARICOM) Secretary-General, Ambassador Irwin Larocque, speaking at the Caribbean Summit on Youth Violence Prevention which opened earlier today, in Georgetown reminded youth from across the Caribbean that they were “equal partners in the struggle”.

“Fora such as these provide an opportunity for our youth to be fully involved in providing solutions to problems that affect them”, the Secretary-General said.

”The engagement of youth at all levels of the decision-making process is critical for the successful outcome of interventions, he continued.

Ambassador La Rocque described the initiative and the process through which it has been defined as an “excellent illustration of the commitment of our youth to play their part and be leaders in the development of our Community”.

The two-day Summit which ends on 16 January have attracted leaders from youth movements, governments, civil society, development organizations and academia, to design transformational youth-centered action to combat crime and violence and address constraints that youth activists face in improving safety outcomes in their communities.

The Summit was convened by the U.S. Agency for International Development (USAID) in partnership with the Government of Guyana, the CARICOM Secretariat, UNICEF, the Caribbean Development Bank, the Commonwealth Secretariat, the Organisation of Eastern Caribbean States Commission, and the Caribbean Learning for Youth Networking and Change Sessions (LYNCS) Network.