Paying tribute to Dr Jacques Diouf, a visionary in the global fight against hunger 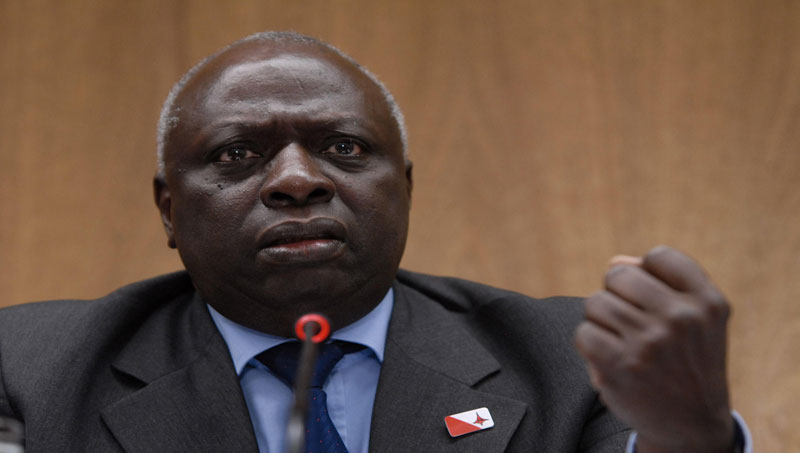 The world recently lost a key advocate in the fight against poverty, hunger and malnutrition. Dr Jacques Diouf, former Director-General of the Food and Agriculture Organization of the United Nations (FAO), died in Paris on Saturday 17 August 2019. Dr Diouf served as Director General of the FAO for three consecutive terms, from 1994 to 2011.

Prior to his tenure at FAO he had an illustrious career, serving his home country of Senegal, as well as regionally in Africa and internationally as a diplomat representing his country at the United Nations in New York in matters related to agricultural development.

He was considered an important contributor to reducing hunger in the world. “Dr Diouf understood and fiercely advocated for and acted on behalf of the disadvantaged and vulnerable,” remarked Winston Rudder, a former FAO Subregional Coordinator for the Caribbean.

Rudder recalled that Dr Diouf's tenure as FAO Director-General will be characterized by his commitment to democratize the Organization in three significant ways:

i. Increased Gender representation at all levels, especially Professional staff and senior management;

iii. Decentralization of functions, operations and authority by creating and empowering outreach arrangements through the Sub-Regional system.

Rudder added that Dr Diouf demonstrated his commitment to the Caribbean by regularly attending Caribbean Community (CARICOM) Heads of Government Meetings, where he advocated robustly and sought to influence Government leaders to act more purposefully on matters related for food and nutrition security and agricultural and rural development. “In practical terms, he ensured, tangible support to donor-funded initiatives in these areas,” explained Rudder. “His attendance of these meetings also strengthened relations between FAO and the CARICOM Secretariat.”

Dr Diouf  also ensured that regional professionals had an opportunity to be considered for employment in the Organization. The most significant demonstration of his commitment to the Caribbean, is exemplified by the opening the FAO Subregional Office for the Caribbean in Barbados in 1998. This Office tangibly showed FAO’s response to the request from the Governments of the Subregion, for a differentiated strategy to address the challenges related to food and nutrition security and agricultural development of Small Island Developing States.  The establishment of the Subregional Office was also accompanied by the creation of the Technical Multidisciplinary Team that served the Ministries responsible for agriculture, farmers, fisherfolk and foresters by significantly improving the level of delivery of FAO's technical assistance in all 15 member countries.

Among the global achievements during Dr Diouf’s tenure at FAO were the hosting of the The World Food Summit in Rome, Italy in 1996 and 2002 and the implementation of the Special Programme of Food Security. The 1996 Summit resulted in the adoption of the Rome Declaration on World Food Security in which member states pledged their political will and common and national “commitment to achieving food security for all and to an ongoing effort to eradicate hunger in all countries, with an immediate view to reducing the number of undernourished people to half their present level no later than 2015." This pledge was the precursor to Sustainable Development Goal (SDG) 2 – Eradicating Hunger and Malnutrition.

The World Food Summit of 2002 led, inter alia, to the Government of Italy pledging USD 10 million to support the Special Programme on Food Security (SPFS) in the Caribbean.

The Programme, which would have not been possible without Dr Diouf’s leadership at the Summit, resulted in the establishment of over 200 demonstrations of improved technologies for increasing agricultural production and productivity in CARICOM and CARIFORUM member states.

“The project was innovative because it did not use a one-size-fits-all approach to solving the problems of agricultural production in the countries. Each country identified the main constraints and agreed on the technologies that were best suited to their specific needs,” recalled Gregg Rawlins, Consultant Programme Manager of the Italian-funded project.

Some examples of the technologies that were used in the demonstrations included irrigation and drainage systems in Belize, the use of mulching in intensive crop production systems in St Kitts and Nevis and farmer field schools involving rice and fish production in Suriname.

The second phase of the SPFS laid the groundwork for FAO’s current work on developing and implementing regional and national food and nutrition security policies for the Caribbean. Another important focal area of phase two was value chains for sustainable food production which has also paved the way for FAO’s current flagship projects on the development of value chains for roots and tubers (such as cassava) in the region.

Dr Diouf will be remembered for his commitment to improving food security, nutrition and agricultural development in the Caribbean and the world. Staff who worked with him will also remember his humility, integrity, honesty and caring manner and the respect that he showed for everyone.

We would like to express our condolences to his wife and family.  May he rest in peace.