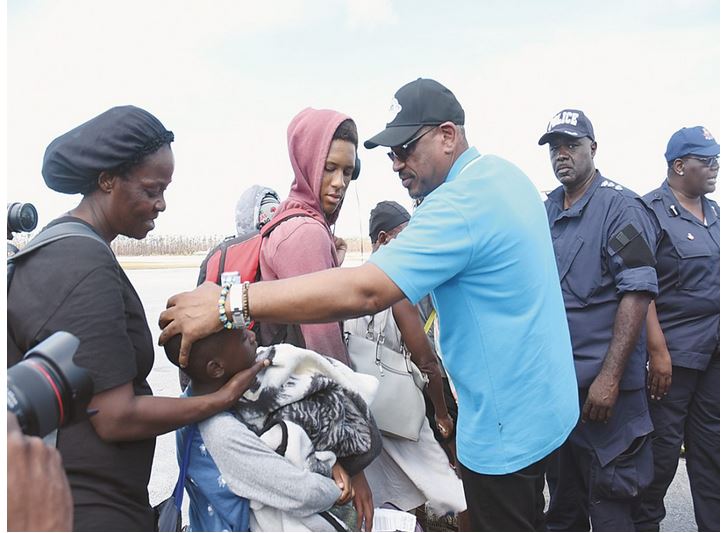 (The Nassau Guardian, 9 September 2019) The government has deployed more than 900 law enforcement officers to Abaco and Grand Bahama in the wake of Hurricane Dorian, the Office of the Prime Minister (OPM) said in a statement yesterday.

“The government of The Bahamas is providing the necessary resources to ensure safety and security on the islands of Abaco and Grand Bahama in the aftermath of Hurricane Dorian,” the statement said.

A breakdown showed that there are 100 ordinary police officers and 40 reserves on Abaco.

There are 400 ordinary officers and 150 reserves on Grand Bahama.

Eighty-seven defense force “ground troops” and 47 members of a ship’s crew are on Abaco.

Meanwhile, Grand Bahama has 65 ground troops and 51 individuals on a ship’s crew.

OPM noted that 120 officers from the Jamaican Defence Force arrived in The Bahamas on Saturday.

One hundred security personnel from Trinidad and Tobago were scheduled to arrive yesterday.

Dorian laid ruin to Abaco and portions of Grand Bahama, making landfall on Elbow Cay with sustained winds of 185 miles per hour and gusts over 220 miles per hour.

The wind speed made Dorian the second strongest hurricane on record in the Atlantic.

The official death toll for the storm stands at 45, according to Minister of Health Dr. Duane Sands.

“We’re happy that we were able to preserve many lives,” said Butler at a press conference at the Office of the Prime Minister in Grand Bahama.

“We’ve done as best as we could. [Before] the storm, we had officers going out door to door understanding each community and as we echoed the settlements, ‘Please leave.’ There are persons who were adamant that they were not going to leave.”