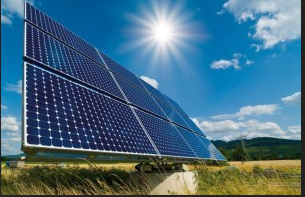 The Montserrat Ministry of Communications, Works, Labour and Energy (MCWLE) and Montserrat Utilities Limited (MUL) officially announced the first utility-scale renewable energy project – a rooftop solar project built across several structures in Brades, located on the north side of Montserrat.

The solar photovoltaic (PV) project is the first phase of two planned renewable energy projects to reduce the dependence on fossil fuel for power generation on Montserrat.

The rooftop solar project will provide 10% of the grid’s peak daytime demand. The second phase of the project will consist of an additional 750 kilowatts of solar and 250kW/hr battery storage, which will collectively provide 40% of Montserrat’s daytime peak electrical load.

As outlined in ‘The Power to Change – Montserrat Energy Policy 2016 – 2030 (MEP 2016-2030)’, these solar PV projects are a monumental step towards achieving Montserrat’s vision of 100% renewable energy grid penetration.

The Hon. Minister Paul Lewis of Ministry Communications, Works, Energy and Labour says “the implementation of the utility-scale 1MW solar project at its completion will represent a significant step toward 100% renewable energy penetration on the grid through this single project. This is the first step towards achieving our vision and target for Montserrat to reach 100% renewable energy. It’s a great feeling to introduce clean, sustainable and resilient solar energy to the Montserrat renewable energy mix. It is with much appreciation and gratitude I extend on my own behalf and that of the Government of Montserrat to the staff of Ministry Communications, Works, Energy and Labour, the staff of Ministry of Finance and MUL. The project was made possible with great support from CARICOM Energy Unit / GIZ -REETA project and Rocky Mountain Institute.”

Funding for this project was provided by the European Union’s EDF-10 grant. Rocky Mountain Institute served as an independent energy advisor and supported the preliminary design, project preparation, and project management. (NewEnergy Events)