Dominica Minister says Caribbean can learn from its rebuilding efforts 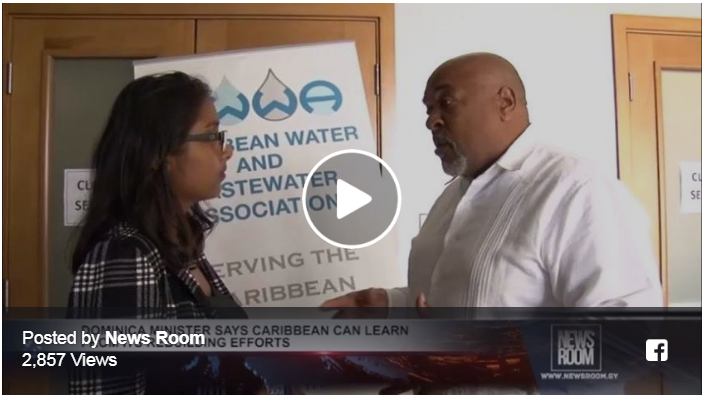 Still recovering from the destruction caused by Tropical Storm Erika two years ago, the small island of Dominica was hit by Hurricane Maria – a category five storm about a month ago.

The country’s entire infrastructure was left in ruins, leaving its population of approximately 74,000 people without potable water, electricity, shelter and food.

Despite the challenges, Dominica’s Minister of Housing, Reginald Austrie told the News Room that other Caribbean States can use the island’s experience as a model for rebuilding.

“Dominica is a test case. Hurricane is a threat to the region, or other natural disasters and one of those days it could be the turn of another country to face those challenges and so we are saying, if we can resolve or identify some of the critical areas that Hurricane Maria has exposed then the other countries in the region can piggyback on whatever advancement we can make and whatever solutions we can find,” he explained during an exclusive interview on the sidelines of the Caribbean Water and Wastewater Association Conference being hosted at the Marriott Hotel, Kingston in Guyana.

Minister Austrie said the rebuilding efforts have commenced and are expected to cost double what was expended to restore normalcy after Tropical Storm Erika. He said the journey will be difficult as the country is not only tasked with rebuilding but improving its technologies to withstand the possible hit of another fierce storm.

“It’s not just about rebuilding and putting the pipes back together again … it’s going to be very important to look at the systems that we used and the technologies that we use. Even where we are running pipes underground close to the rivers, we have to revisit that. There’s a suggestion that we have to elevate, raise some of those pipes off the ground so they won’t get damaged,” the regional leader told News Room during an interview at the Marriott Hotel.

Minister Austrie is sparing two days to attend the regional conference on Water Wastewater Management where he is already networking with experts in the field about improving technology so that the country’s water systems stand a less likely chance of being wiped out in the event of a storm.

Meanwhile, according to the Dominican Minister, 100% of the agriculture sector was destroyed, 95% of the rainforest was lost, and the water and other utility systems were damaged.

He said a large number of the population are still in shelters and he noted that they will remain in such conditions for a while as the country puts temporary arrangements in place, bearing in mind that the Atlantic Hurricane Season is still upon them.

Official reports indicate that 27 nationals lost their lives and some 23 remain missing following the monstrous storm which made landfall in Dominica on September 18.