Agriculture, climate change, renewable energy to benefit as IDB carves out $13B for lending 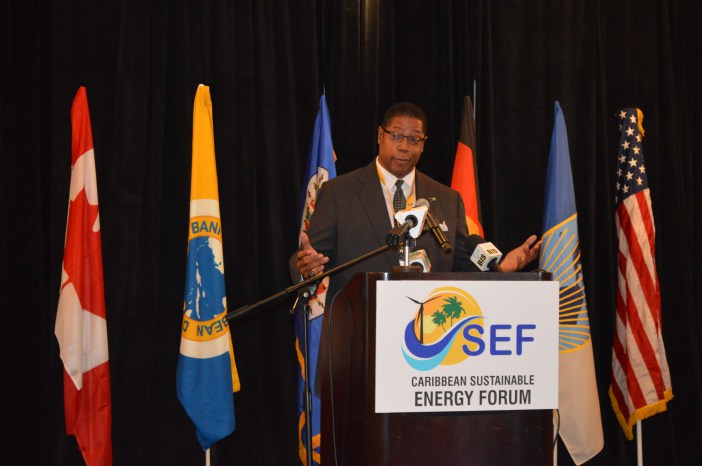 NASSAU, The Bahamas, Jan 23 2017 – The Inter-American Development Bank (IDB) said it will be lending US$13 billion over the coming year and a significant portion of that amount has been earmarked for agriculture, climate change and renewable energy projects.

Speaking here Monday night at the opening of the fifth Caribbean Sustainable Energy Forum (CSEF), Executive Director of the IDB Jerry Butler noted that the issue of energy and the issue of renewable energy have been of constant focus for the institution.

Highlighting the IDB’s commitment to the region, Butler noted that even though the Eastern Caribbean States are not members of the bank, through its lending to the Caribbean Development Bank (CDB), countries in the sub-region have not been left out.

“For example, a year and a half ago the more than $80 million that’s devoted to geothermal exploration, Grenada will be the first beneficiary in the Eastern Caribbean,” he said.

“All of these efforts of the IDB (are) really part of our focus on improving the socio-economic lot of citizens in the Americas.

Butler said the IDB believes that the sustainability, the competitiveness and the job-creation potential of the Caribbean can be unlocked “if there is a considered focus on weaning ourselves off the dependence on foreign fuels for generation” and focussing on producing its own indigenous type of energy.

The Bahamas native said what’s exceptional about his homeland versus other countries is its archipelago of 700 islands.

“We have islands like Abaco, Andros and Grand Bahama where if we harvested our pine, our expertise in biomass and our ability to generate energy for the next 56 years is totally possible just using what we have in the Bahamas,” Butler said.