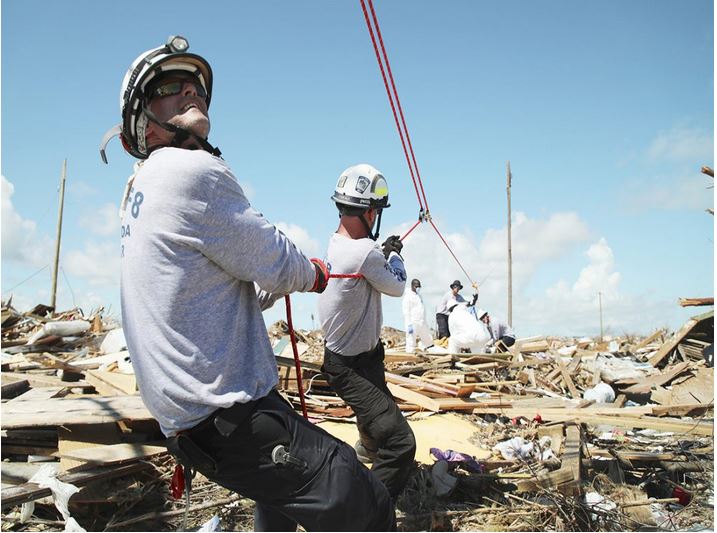 “At this point there are approximately 2,500 registered on the Bahamian government register,” Smith said during a NEMA press conference.

“This list has not yet been checked against government records of who is staying in shelters or who have been evacuated.

“The database processing is underway. Some individuals who evacuated from Abaco and Grand Bahama have not yet registered with (The Department of) Social Services. We encourage them to do so at the Department of Rehabilitative and Welfare Services.

“Some of the government’s list will have to be converted in to a digital format to allow for more effective cross checking,” Smith continued. “As we are able to cross reference all [lists] we will be able to inform family members and reunite survivors with loved ones.”

In the meantime, he said the government is facilitating evacuees who are able to contact their family directly.

More than 2,000 people are being housed in shelters across New Providence.

At least 50 people were killed as a result of Hurricane Dorian, but officials expect the final death toll to be “staggering”