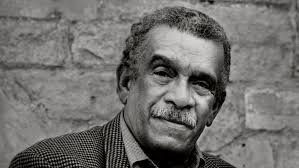 “Biographies of poets are hard to believe,” warned Derek Walcott in an essay on Robert Lowell, for “[t]he moment they are published they become fiction, subject to the same symmetry of plot, incident, dialogue as the novel.” For close readers, however, there is always a more intimate account in the work itself; there we can watch the artist’s lonely toil in what TS Eliot called the “intolerable wrestle with words and meanings.” In Lowell’s case, for instance, Walcott noticed a persistent interest in the sheer labour of creation, the “pain of making poems.” Brilliantly, he observes that Lowell “doesn’t sweep the fragments off the floor of his study, or studio, and show you only the finished sculpture.”

Recognised early for the prodigy that he was, Walcott proceeded quite differently to Lowell. He mastered forms easily and knew from the start that he wanted to aim at something larger than mere lyricism. Having absorbed a daunting range of literary influences in his youth he distilled them into something that looked knowingly towards the canons of English po//www.stabroeknews.com/2017/opinion/editorial/03/25/what-walcott-knew/etry but remained uniquely West Indian. Long before Omeros and the Nobel prize he signalled his epic ambitions, and the literary skill to realise them, in Another Life. Between the epics he worked with inexhaustible energy in the theatre, and academia, provoking, inspiring, encouraging and instructing nearly everyone who crossed his path.

In many ways Walcott’s work is a near perfect illustration of the intellectual ferment of the New World group that brooded over the challenges and opportunities of the postcolonial reality during the 1960s and ʼ70s. In the words of Professor Brian Meeks, the movement found its niche in “the narrow space between the collapse of the West Indies Federation and the period of radicalisation of Caribbean politics.” In a retrospective published in the book called The Thought of New World Norman Girvan summarised its key aims as the transcendence of the “epistemic dependency” in the “colonial cast of mind,” and developing a regional perspective that did not simply import foreign ideas and ideologies. In practical terms, that meant an unrelenting critical examination of received wisdom. The Trinidadian economist Lloyd Best, for example, pointed out that West Indian identities were more ‘tribal’ than anything Marx had faced in the nineteenth century European bourgeois and that our Marxists tended to focus myopically on questions of class while fatally ignoring the undertow of racial politics.

Walcott showed in literature what New World’s ambitious revaluations entailed. While coming to terms with the legacy of the plantation economy, we had to hasten slowly, considering ideas sympathetically, or adapting them, rather than simply echoing or dismissing them. Culturally, politically, economically and spiritually, there was a unique opportunity to exploit our fertile confusion, to make steelpans out of oil drums. The novelist Earl Lovelace recalls Walcott’s intellectual triage thus: “…he had the confidence, the audacity, the self-belief to try on every idea that surfaced in the space, first by dismissing it, then trying it on to see how it fit, as if he had to experience first the antipathy of a certain stance, feel it before he could pass judgement on it.” This Keatsian curiosity about ideas and attitudes is everywhere in Walcott’s poetry, often with an implicit appeal for an acceptance of the other. In one of his best-known poems, the “red nigger” Shabine voices the haunting line: “Either I’m Nobody, or I’m a Nation”; in prose this is restated as “Maturity is the assimilation of the features of every ancestor.”

This openness to other cultures was characteristic of the New World intellectuals, most vividly perhaps in the Trinidadian Marxist CLR James. In an essay on James Walcott remarks on the delicate equipoise between his radical politics and his life-long fascination with the ‘gentlemanly’ sport of cricket. “In his long life,” wrote Walcott, “Mr James has arrived, through his book, at a calm centre. His calm is that of a meridian between two oceans, two cultures, even between radical and conservative politics, without mere neutrality.” Later on Walcott describes Beyond A Boundary, James’s scintillating account of West Indian cricket, as a “subversion; it undermines concepts that feel safe, it beats tradition by joining it, and its technique is not bitterness but joy.” As with Lowell, Walcott perfectly catches the Jamesian style by noting how he salts a formal, almost Victorian description of his churchgoing grandfather (“wearing in the broiling sun a frock coat, striped trousers and top hat, with his walking stick in his hand, surrounded by his family”) with the lovely, mischievous, uniquely West Indian sentence: “The underwear of the women crackling with starch.”

Walcott illuminated the literary and intellectual crosscurrents of the Caribbean for more than fifty years and showed that it was possible to imagine the ephemera of our lives epically, without condescension or absurdity. He, too, beat tradition by joining it ‒ transcending it – and his work, like James, was purged of bitterness. His passing is another reminder of how large our dreams used to be, and how relevant the ideas of the now almost entirely forgotten poets, writers, artists and intellectuals who first grappled with the enigmas of postcolonial independence remain today.