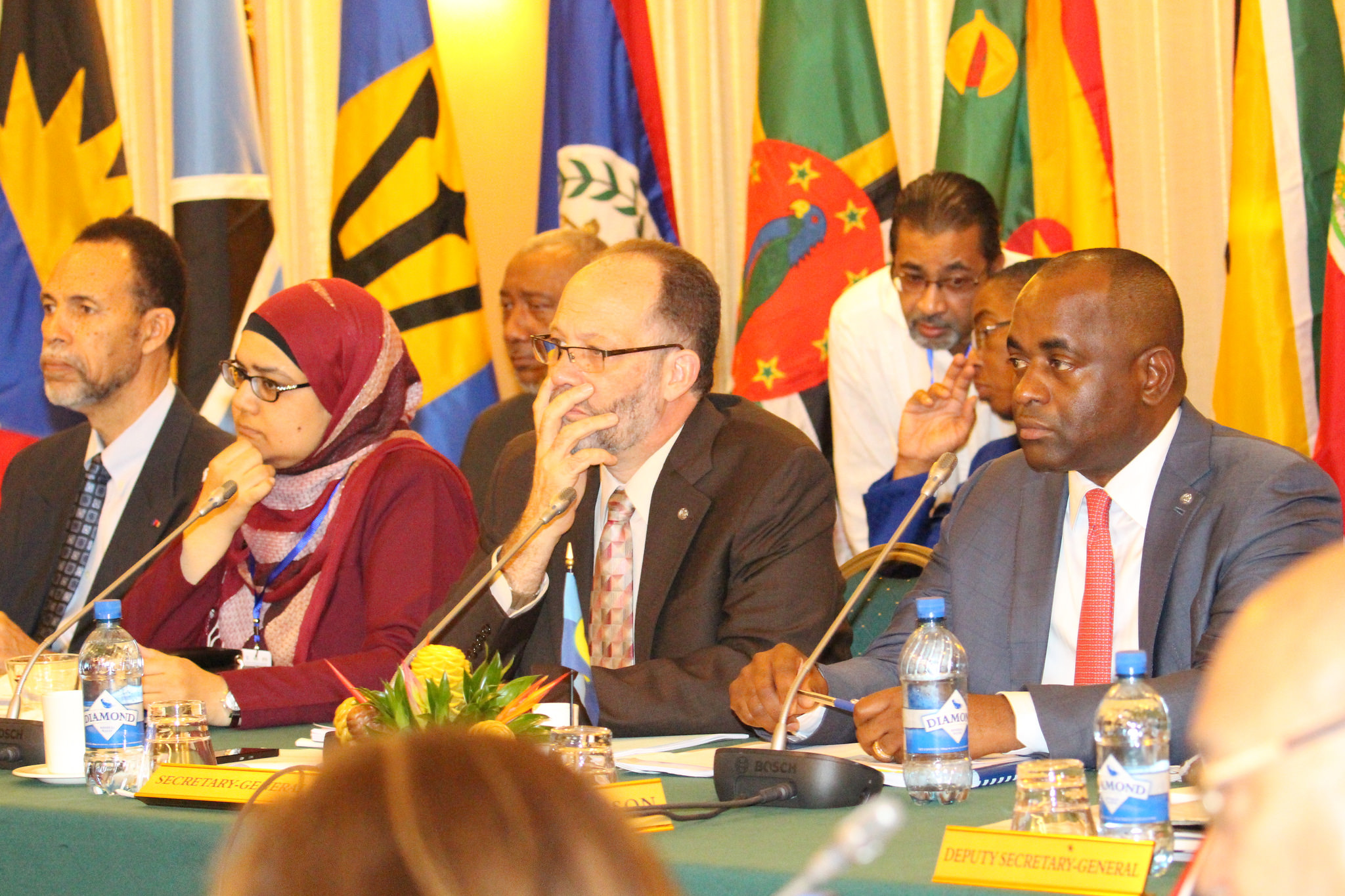 GEORGETOWN, Guyana, Thursday July 7, 2016 – People who commit crimes in one CARICOM nation and flee to another will soon be unable to outrun the long arms of the law.

CARICOM Chairman, Dominica’s Prime Minister Roosevelt Skerrit says regional leaders have agreed to have an arrest warrant treaty in place before the end of this year.

“The arrest warrant treaty would enhance law enforcement ability to address matters of cross-border crimes…If we are to enter into this treaty, if someone from Dominica committed a crime and moved to St. Vincent and the Grenadines,the authorities there would be able to arrest that individual and repatriate them to Dominica to face charges,” he explained yesterday at a press conference that followed the end of the 37th Regular Meeting of the Conference of Heads of Government in Guyana.

The Dominican leader said such a treaty would enhance collaboration and cooperation between law enforcement agencies across the region, giving them the ability to apprehend those of interest to the judicial system.

The issue of security occupied a significant amount of the time during the meeting.

“We’re brought up to date on major issues with respect to the region’s security and agreed on ways to deepen and strengthen cooperation in this area…We approved the review of the CARICOM crime and security strategy and discussed ways of ensuring that there was coordination between national security plans and the strategy,” Prime Minister Skerrit said.

He further disclosed that it was agreed that urgent steps should be taken to complete several critical regional security agreements.