.
Home » About CARICOM » What we do » Strategic Priorities » Building Social Resilience - Equitable Human and Social Development 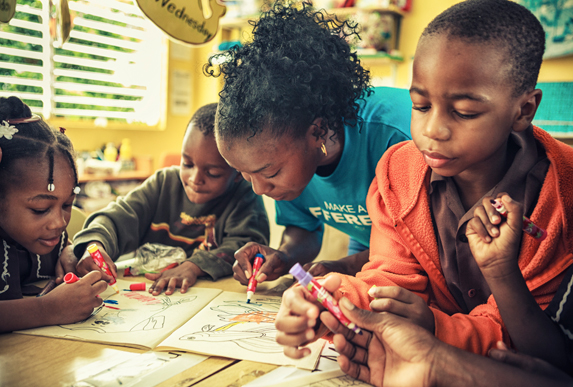 Social Resilience consists of building the capacity of people – individual, family, community, country and enterprise - to be more generative (reproducing) during times of stability and to adapt, re-organise and grow in response to disruption. For the Caribbean Community (CARICOM), three broad areas have been identified for special attention over the period 2015-2019:

Investing in people means enhancing capacity by providing access to knowledge and skills that are vital to future social and economic prosperity -  individually, nationally and regionally.  In developing its human capital (resource), specific programmes and initiatives are being undertaken. These revolve around:

access  to universal primary and tertiary education;
a coordinated tertiary education system throughout the region;
a culture of innovation and entrepreneurship;
promoting public policy with emphasis on diversity and inclusion rather than marginalization based on age, gender, race, disabilities, among others;
addressing the knowledge and skills gap  with special emphasis on continuing education and youth development programmes;
providing for the gainful employment of out-of-school youth through access to life skills including entrepreneurship

Health is an investment in people. A healthy population is a requirement for economic growth and stability.  In  Advancing Health and Wellness,   programmes and initiatives   being  undertaken are intended to result in universal access to basic health services, reduction in death rate and promotion of prevention aimed at reducing the incidence  of communicable diseases such as HIV and TB, as well as non-communicable diseases such as  diabetes, hypertension, cancer and  asthma that lead to premature loss of life. An ambitious plan to establish a regional health insurance has already been initiated through a feasibility study.

Crime and insecurity are major threats, robbing CARICOM countries of creative potential. They redirect resources to non-productive activities.  Citizen Security and Justice programmes and initiatives, over the next five years,  are intended to  redress this imbalance.  Strategies are being developed to disrupt, dismantle and defeat organized crime through coordinated  mechanisms of regional and international partnerships. These  mechanisms are intended  to identify and facilitate tracing of criminal assets and  strengthening investigative  methods and techniques.  Capacity development for law enforcement and security officers is being fostered alongside  the expansion of regional centres of excellence. In addition, enhancing regional resource and infrastructural capacity  will  tackle the increasing scourge of cyber security. They will also strengthen  crime prevention initiatives, such as programmes against youth on youth violence as well as reform of justice systems across the region. The ultimate aim is to establish a  CARCOM  strategy that  provides an environment that is secure for its people to live, work and play.

These combined elements of social resilience will yield many benefits for the citizens and the Region as a whole. Among them are standardized training and certification, facilitating the free movement of skilled and vocational personnel, access to basic package of health services, drug treatment courts and generally preparing CARICOM citizens for competing in the global arena.